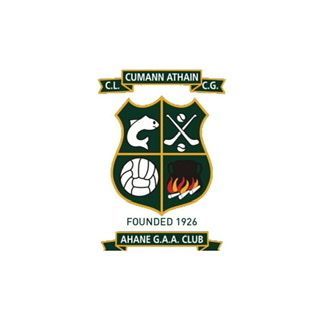 Our second game of the weekend took us to Ballybricken to play Ballybricken/Bohermore in the opening round of the East Intermediate Hurling League. As the ball was thrown in the temperatures hit 22 degrees and would remain at that level for the full game.

Ballybricken/Bohermore were first off the mark with a fine point which was matched by Killian Enright’s first point for us that came from a great Paddy Morrissey ball. Ballybricken/Bohermore got a number of their scores from frees. Their centre forward Conor McCarthy was deadly accurate from both placed balls and from play. Our defence played a good game, they were anchored by James Hayes in goal who made some superb saves throughout the game and kept a clean sheet. At the first water break the scores stood as Ahane 0-03 Ballybricken 0-05. Killian Enright got another monster of a point from out near the sideline to bring the gap to one but Ballybricken/Bohermore never let us get any closer than that to them. With some more good points from both sides the referee blew the half time whistle and it stood Ahane 0-06 Ballybricken/Bohermore 0-10.

The second half began the same way as the first with both teams trading points but again Ballybricken/Bohermore created and took more of their scoring chances and they started to pull away. The Ahane forwards tried to find a hole in the Ballybricken defence and on the occasions they did break through their shots where saved by the Ballybricken/Bohermore keeper. At the other end of the pitch Jack Barry covered every blade of grass in the Ahane defence and put in a huge shift to ensure that no player was going to get passed him. Just before the water break there was an altercation between a number of players which saw two players get a red card, one from each side so both teams played the remaining twenty minutes with 14 players. Score at the second water break was Ahane 0-08 Ballybricken/Bohermore 0-14. The final quarter saw Ballybricken/Bohermore take over completely as they scored 8 points. We had a shot on goal but it was once again saved. Johnny Meskell scored our only point of the final quarter from a free. When the referee blew the full time whistle the score was Ahane 0-09 Ballybricken/Bohermore 0-22. A tough first day out for our lads in very tough conditions.